Catching up and cooking with a tagine

A little catching up with things in my world: sometimes life gets in the way and you forget about your inactive blog. My last entry hit on December 1st last year. On that day my wife had us go to the emergency room because of pain she had been feeling. A CT scan revealed a mass in her abdomen. A few days later we were told it was a type of lymphoma and that chemo treatments were to begin quickly. Obviously a diagnosis like this changes your life and everyone around you as well.
Fast forward 8 months. She has been doing as well as can be expected, and I can only pray that these treatments are doing what they need to do for her to get past this. We can see the light at the end of the tunnel and will be working hard to get there...
Ok I'll talk tagine now. 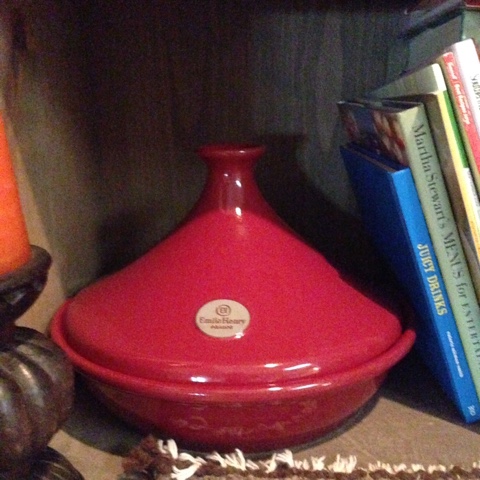 Here is my tagine in its usual spot holding up some cookbooks.
On my trip to the farmers market last weekend, I found some curry leaves. What! I am always on the lookout for odd finds at the market, and these certainly fit the bill! 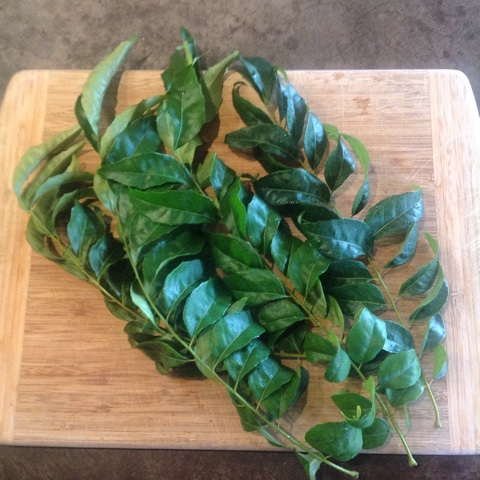 After googling curry leaves for a bit, I decided that a lamb tagine sounded like a logical starting place to discover what these can do. Here is a recipe that I borrowed from to make mine http://www.bbc.co.uk/food/recipes/moroccanlambtagine_6696
Next I had to buy some lamb. I have used boneless leg of lamb many times and went to the store. I finally found one at my 3rd grocery store. What the hell!
Anyways I got home and began chopping it up and discarding a lot of the fatty bits. Then I tossed the cubes in a yoghurt, Aleppo pepper, salt and olive oil to marinate for a bit.
Next I made up the spice blend to use. 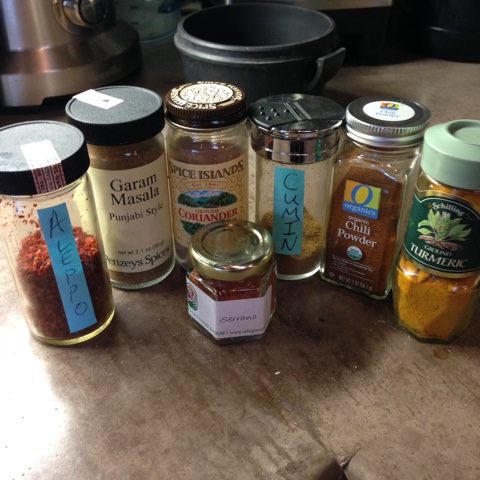 I mixed 1/2 to 1 teaspoon of all these plus a large pinch of saffron in a small bowl.
Then I chopped up a white onion, peeled a few carrots and chopped up some dried apricots.
Next I heated the bottom of the tagine to start cooking. I began by browning 1/2 of the marinated lamb. I then noticed that the pieces weren't really browning very well. Seems that I shouldn't have marinated them as the cubes had a lot of liquid coming off them as they cooked. Oh well I just went with it until all the lamb was somewhat browned and removed from the tagine. Then I removed most of the liquid and began cooking the onions. 5 minutes later I added 5 big peeled garlic cloves, a 15 oz can of diced tomatoes and a can of water to the tagine. Time to add the browned lamb pieces and a piece of the curry leaves (about 10 leaves) on top.
Then I took a picture for Instagram, and this is where I began forgetting things. I took some pictures thinking that I would just put the top on and bake it in the preheated 350° oven. But I looked at it and thought, where are the carrots? So I grabbed them, put them on top and took another pic. 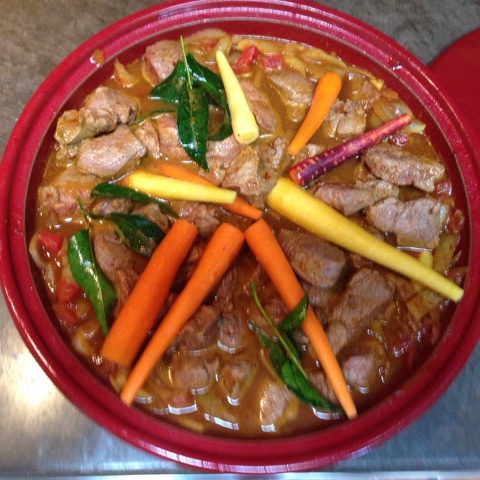 I popped the top on and placed it in the oven. Turned around and saw my spice blend. Oops I should have browned all of this with the onions. Got it out of the oven and stirred in the spices. Top on and back in the oven. Posted this pic to Instagram and figured on 2.5 hours of cooking time until dinner would be ready. 5 minutes later I notice the apricots on the counter. Once more I take out the tagine and stir in the apricots. Finally everything I was using was now cooking together.
Cooking with a tagine is like a long, slow braising that results in tender meat with a nice sauce. I wanted to serve this with jasmine rice that I cooked along with 3 curry leaves just because I could.
Here is the finished dinner on my plate with a little cilantro sprinkled on top. 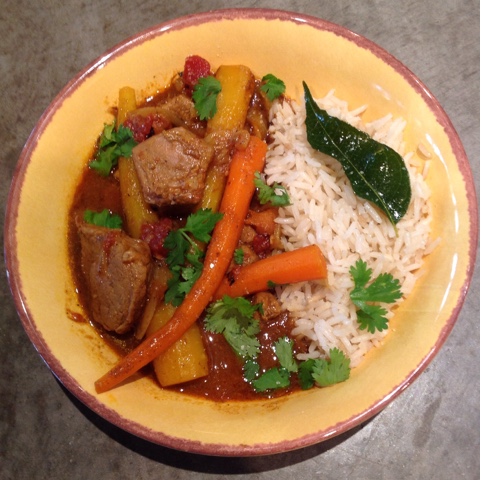 Tasty, tender, with a nice spice blend along with the little extra flavor of curry leaves. The family really enjoyed this Sunday dinner, and I am now thinking of other ways to use the tagine again.
Hoping to update again, any thoughts and prayers are much appreciated as the mrs will be going through a month of intensive chemo. Keep looking up and moving forward. Hefe out...
Posted by theElHefe at 7:50 AM 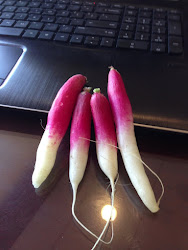